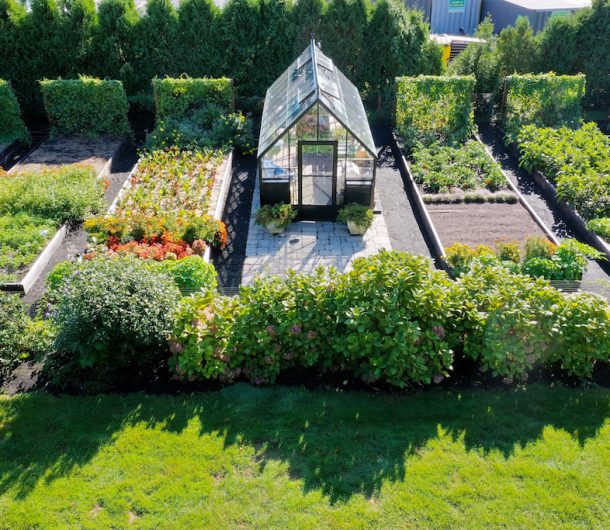 Early autumn is one of the most beautiful times of year in Rhode Island. The days are often warm, with a cool breeze and cozy nights. The humidity of summer has moved on, along with many of the crowds, and those who remain are making the most of the nice weather and quieter surrounds. Local menus are beginning to showcase autumn items, and store fronts and home fronts are starting to boast ornamental grasses, cabbages, kales, decorative pumpkins, gourds, and New England’s favorite fall flower: Chrysanthemums, commonly called “mums”. At Castle Hill we are embracing the change and trickling in mums and grasses and a few winter gourds. In the Culinary Garden, the cooler nights mean a few of our summer favorites have decided to turn in for the season. The bush beans had their final harvest mid-September, and the remaining cucumbers were rounded up this week. The peppers, on the other hand, are looking mighty colorful, and the kale and swiss chard are doubling in size as they perk up in response to the cooler temps. The Castle Hill chefs are making the most of the weekly harvests while we have them. In the Dining Room our Garden turnips, nasturtium leaves and edible flowers adorn the plate beside the Block Island Swordfish, with apple butter and bacon molasses glaze. The swordfish is lightly smoked and grilled, while the apples are pureed with Szechuan peppercorns and star anise. The bacon and molasses glaze, an ideal blend of savory and sweet, is a perfect accompaniment to the swordfish, turnips and grilled apples. Yum! In addition to new menu items, September was the month of new visitors to the garden: Monarchs, Painted Ladies and Eastern swallow tail butterflies arrived in large numbers to make the most of our blooms before they fade. The monarchs that grace our gardens this late in the year are a special bunch, these butterflies are the last group to emerge from their chrysalis’ and are here to get their fill of nectar before migrating south for the winter. The migration of the monarchs is a unique and impressive feat- these beauties will fly thousands of miles and spend winter in Florida and Central America, and unlike the earlier butterflies that live for 5-7 weeks, these ones will live up to 8 months in order to make their migration! A member of our service team used a drone to take an aerial image of the Culinary Garden recently and I enjoyed seeing the layout from the bird’s (or butterfly’s) perspective. Those islands of orange marigolds must look so enticing for the hungry Monarchs!

Soon it will be my turn to migrate somewhere warm for the winter, so I am going to appreciate every moment in the garden and, like the Monarchs- enjoy as much seasonal cuisine as I can!