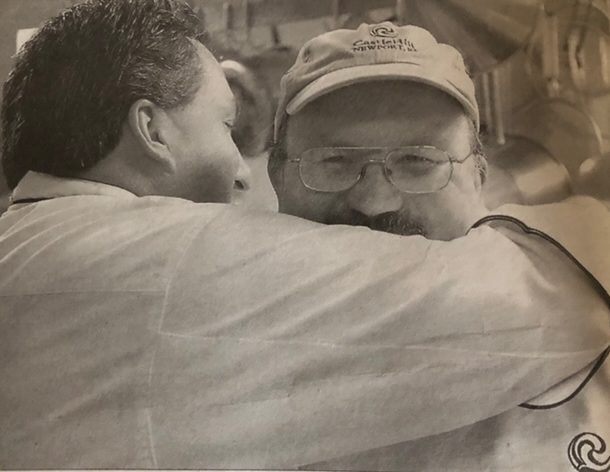 Two weeks ago, employees of Castle Hill lost one of their own, James “Cornbread” Crookes. Cornbread joined the Inn straight out of Newport’s Rogers High School in the summer of 1980 and was a member of our culinary team for almost 40 years.  He trained a succession of executive chefs over the years, including Newport Restaurant Group COO Casey Riley, pictured here giving Cornbread a bear hug back in 2005.  In his honor, we have renamed our iconic New England clam chowder, Cornbread’s signature dish,  as “Cornbread’s clam chowder” on our menu.  We’d like to think that will be one small way in which Cornbread’s memory will live on, as he made it from scratch in the corner of the Inn’s back kitchen for over 39 years.  If you’d like to try your hand at replicating it, check out the recipe below. Bon appétit!