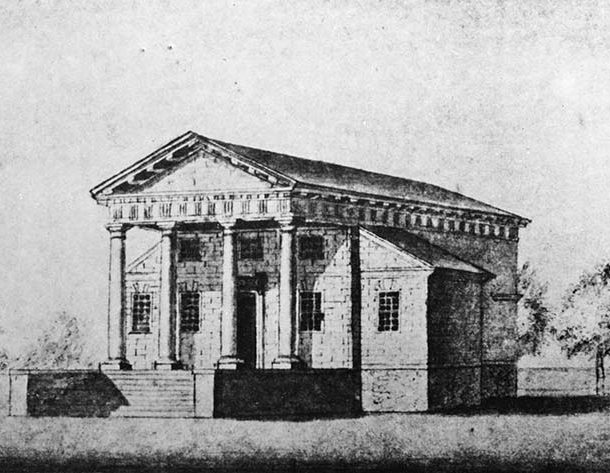 Newport embraces its history. Long before it became the grandest resort of the Gilded Age, Newport was a colonial powerhouse of industry, culture and ideas. Freedom of religion and enterprise was guaranteed by the colonial charter of Rhode Island a hundred years before it was written into the Declaration of Independence. The 1663 charter, which was the law of Rhode Island for almost two hundred years, was written and procured from King Charles II by one of the original founders of Newport, John Clarke, providing Rhode Islanders far more control over their destiny than those in any of the other colonies.

In the eighteenth century, before the Revolutionary War, Newport experienced a Golden Age of prosperity. Thankfully, the city and its champions have retained and preserved the monuments of that era – Trinity Church (1726), Colony House (1741), the Redwood Library (1747), Brick Market (1762), and Touro Synagogue (1763). The story is vividly told in the book Newport: A Lively Experiment, a copy of which is in every guest room at Castle Hill Inn. Since you probably don’t want to spend all of your time here reading it, you can purchase the book and the proceeds will benefit the Redwood Library. The original edifice of the Redwood Library is perhaps the greatest surviving monument to the Golden Age of Newport. Designed by Newport resident, Peter Harrison, who was America’s first formally trained architect, it was America’s first public building in the Palladian or neoclassical style. The facilities of the Redwood library have expanded over the years since it was endowed with €500 sterling by its founder, Abraham Redwood, to purchase the original 751 titles.

Benedict Leca, Executive Director of the Redwood Library, shared his take on the draw of Newport and its history:

Libraries were novel communal spaces in the eighteenth century, like coffee houses and public art galleries. As the nation’s first purpose-built library structure, and the oldest continuously operating in its original locale, the Redwood offers patrons and visitors the opportunity to commune with their ancestors, walking in their footsteps just as visitors do when dining at Castle Hill and marveling at Aquidneck Island’s magical seaside landscape, which so enchanted the area’s first settlers. It is the rare combination of culture and landscape that made one 18th century commentator exclaim that “Rhode Island has been fertile in events, and by no means destitute of distinguished characters”.

As for the other great monuments of Newport’s Golden Age, they also continue to thrive. Today, one can be married at Trinity Church and have the wedding reception at Colony House. The Brick Market building houses the Newport History Museum and Shop. Touro Synagogue, like the Redwood and Trinity, still operates in the manner for which it was built. It is the oldest surviving synagogue building in America.