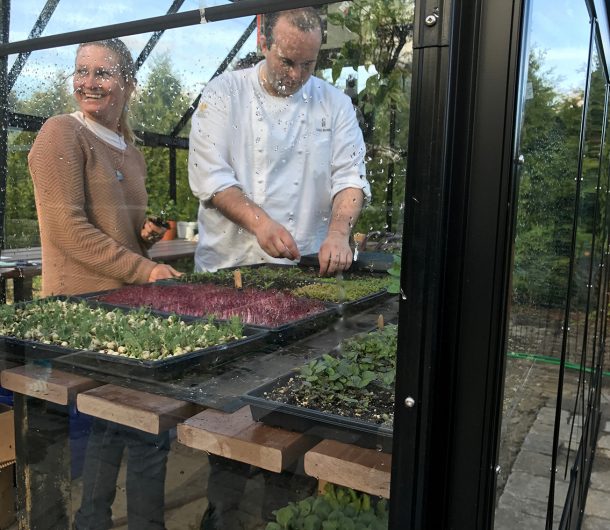 Over the last decade the Castle Hill culinary team has looked for ways to utilize our magnificent forty acres to enhance the garden to table experience. We began with some simple growing of micro greens outside the kitchen years ago, then advanced to a variety of vegetable beds that we tend to with care. This year we’re excited to announce our biggest addition yet – The Castle Hill Greenhouse. We spoke with our staff horticulturalist, Leita Lord, on what we’re growing this inaugural season.

Last night I dreamt of an amazing garden at Castle Hill tended to by a dedicated horticulturist and providing the freshest and most unique ingredients to your Castle Hill plate, but wait, it wasn’t a dream – I saw it with my own eyes just yesterday. The expansion of the Castle Hill Garden Program is actually the dream of our executive chef Lou Rossi. Honestly, there is a new gleam in his eye now that he sees it moving along so successfully.

My position at Castle Hill requires me to be at my desk the majority of the time, so when I get an opportunity to tour the garden and check out the new greenhouse with Chef Lou and Leita Lord, our new staff horticulturist, my thumb immediately turns green.

The plan was to meet with Chef and Leita to discuss the state of the garden and the viability of the new greenhouse, but Chef was busy, as chefs will be, so I had some time in the garden with Leita first.

Leita has a degree in Environmental Science and grew up on her family’s Rose Hill Farm in Wakefield, Rhode Island, that produces the region’s best heirloom tomatoes. She can recall how chefs would call on her father, Will Lord, to provide specific products for some recipe that they wanted to create, but explains that there has been a paradigm shift towards farms and growers producing the most viable and seasonally appropriate produce, that chefs then take as their inspiration. She is perfectly aware that we are fortunate enough at Castle Hill to have the space to take farm to table dining a step further – growing the inspiration and enhancements for our dishes on our own property.

Leita showed me the sprouts of various lettuces, Veronica Cauliflower, Gypsy Broccoli, baby root vegetables, kalettes, and edible flowers, but she seemed particularly interested in the Easter Egg Radishes, maybe because as a root vegetable their attributes lie underneath. 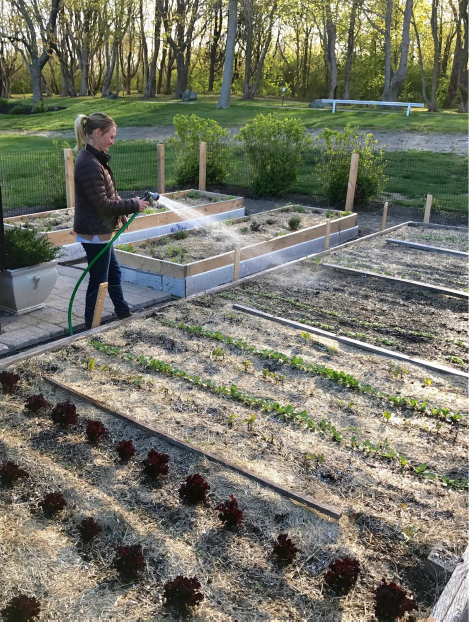 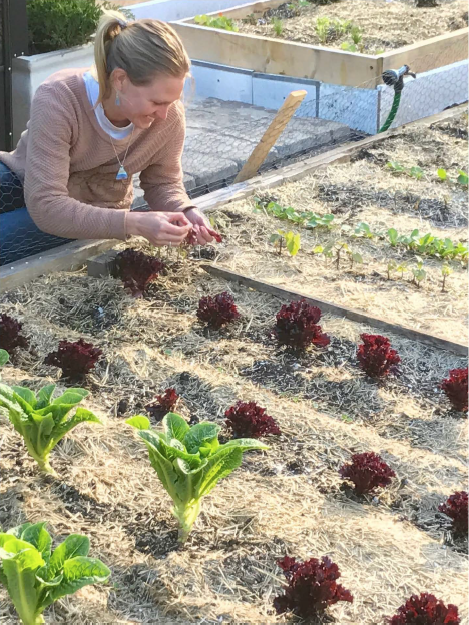 When we parted and I was headed back up the hill to the mansion, I encountered Chef on his way down to the garden, so I accompanied him. When we got there Leita was not around, so we had our own time to putter around the beds, where again, those Easter Egg Radishes exuded their irresistible appeal.

With a gleam in his eye and a furtive glance to the side, Chef announced that he really wanted to pull one out, and proceeded to do so, admitting that he didn’t want to get in trouble. The boss of the kitchen acknowledging the boss of the garden. 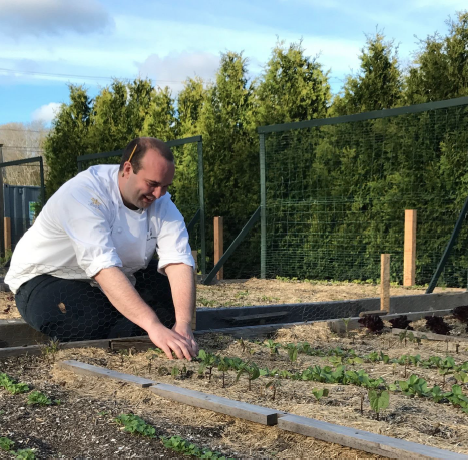 Soon after this episode, Leita joined us and the two of them extolled the virtues of the new greenhouse and introduced me to its occupants. They include amaranth, red vein sorrel, pea tendrils, dark opal basil, and more edible flowers. These are among the next phase of plantings, nurtured from seed in the greenhouse, to take their place in the planting beds, and soon to make their way to the restaurants of the Castle Hill Inn, a Newport, Rhode Island luxury hotel. 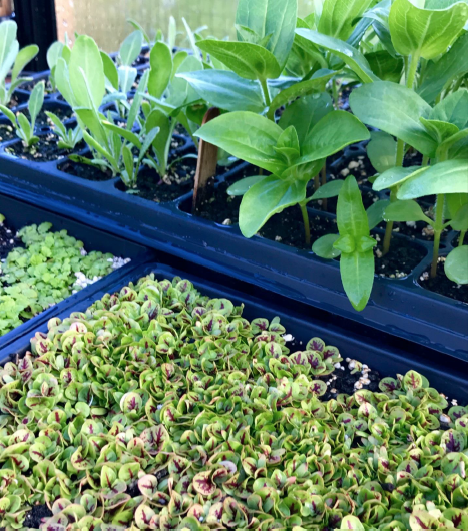 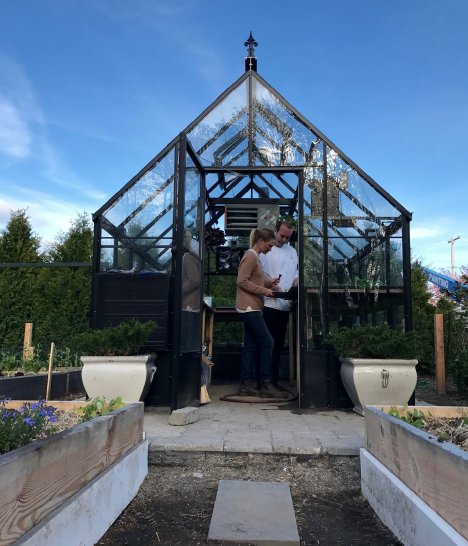 As I left them, I overheard Chef asking Leita if she would like something for lunch. Very clever, Chef, she will be less apt to miss that radish on a full stomach.