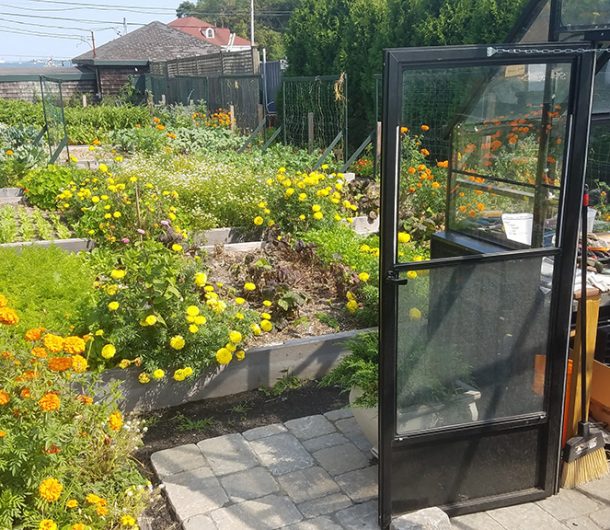 Here we are, winding up the first growing season in Castle Hill Inn’s culinary garden, and what a season it has been! The six raised beds and new greenhouse have produced a wide range of vegetables, microgreens and edible flowers for guests to enjoy. The continual harvest of colorful beans, carrots, beets, radishes, sprouts and blossoms has put a smile on my face day after day. I can remember clearly the first harvest of Easter egg radishes back in April, and just today pulled bunches of purple, orange and almost-white carrots from the rich soil. 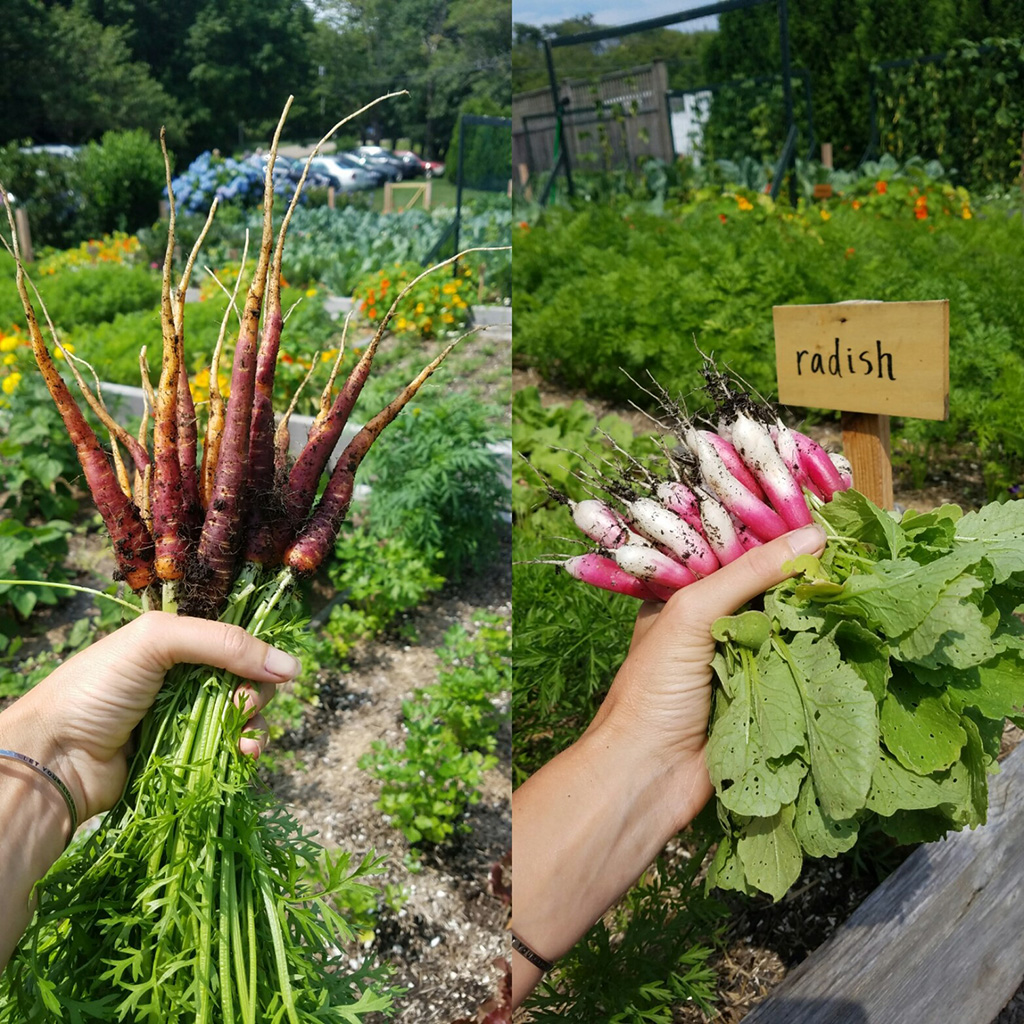 Growing in a new location always gives me a sense of excitement at the prospect of getting to know the land and what it grows best. This particular season, with its unusually cold June, unusually wet July and hurricane-generated storms in September really kept me on my toes. I was also growing many veggies I had never grown before – like kalettes, husk cherries, Asian cabbage and Thai eggplants. Truth be told, some of the new varieties thrived, and others… not so much. That is the beauty of farming and gardening, though there are constant opportunities to learn and grow alongside your plants!

The unusual cold at the start of the season made growing warm weather plants like beans and cucumbers a challenge, but our broccoli, kale and Swiss chard flourished! Root vegetables that usually take a hiatus in the middle of the season when temperatures rise above 80 degrees continued to germinate and grace plates with only a slight down time in August. Our leeks also came out beautifully although they took longer to mature than we had anticipated. Even though they took up precious space (all space is precious when you only have six beds!) I was very happy with our harvest and the delicious summer soup they became. 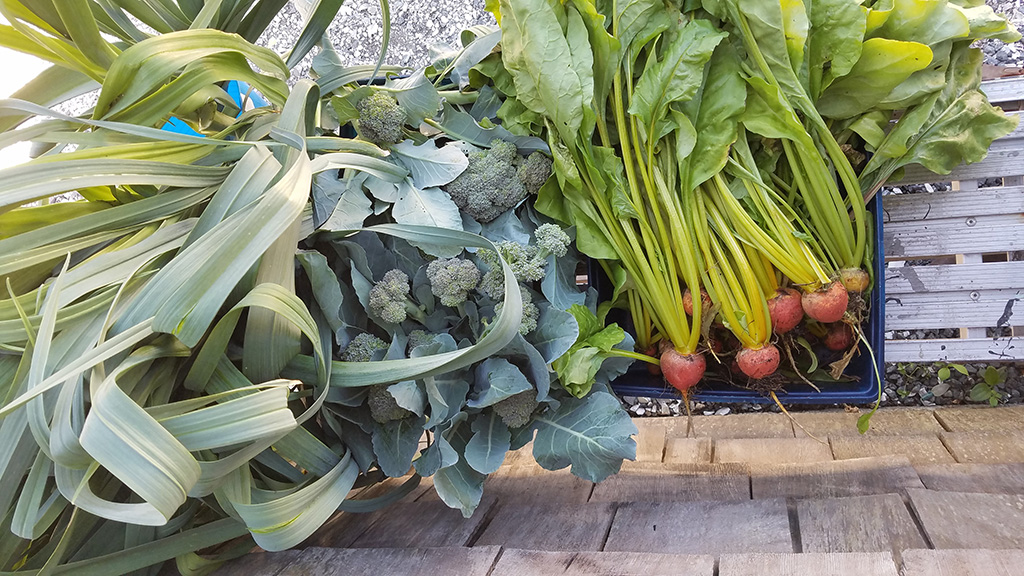 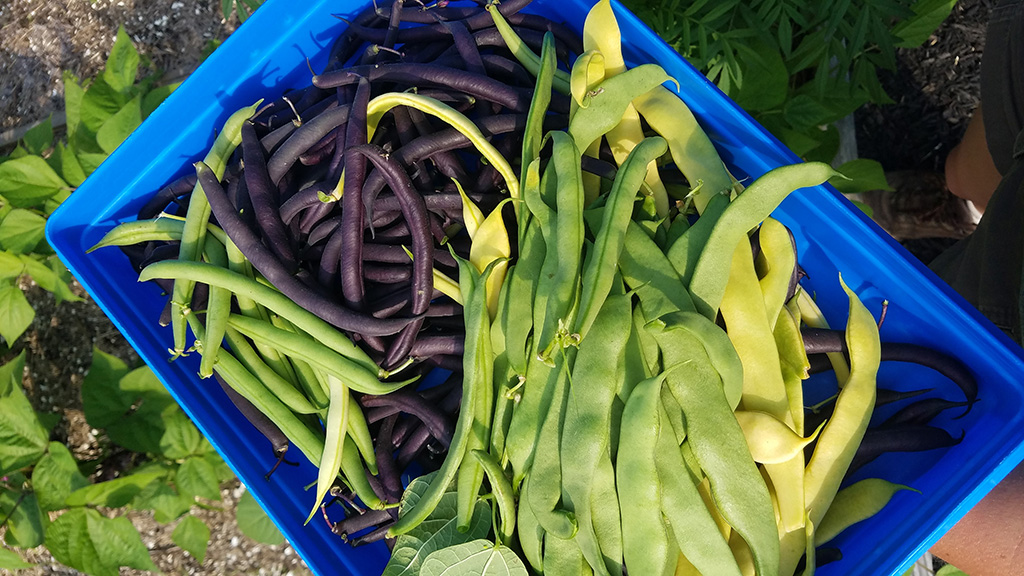 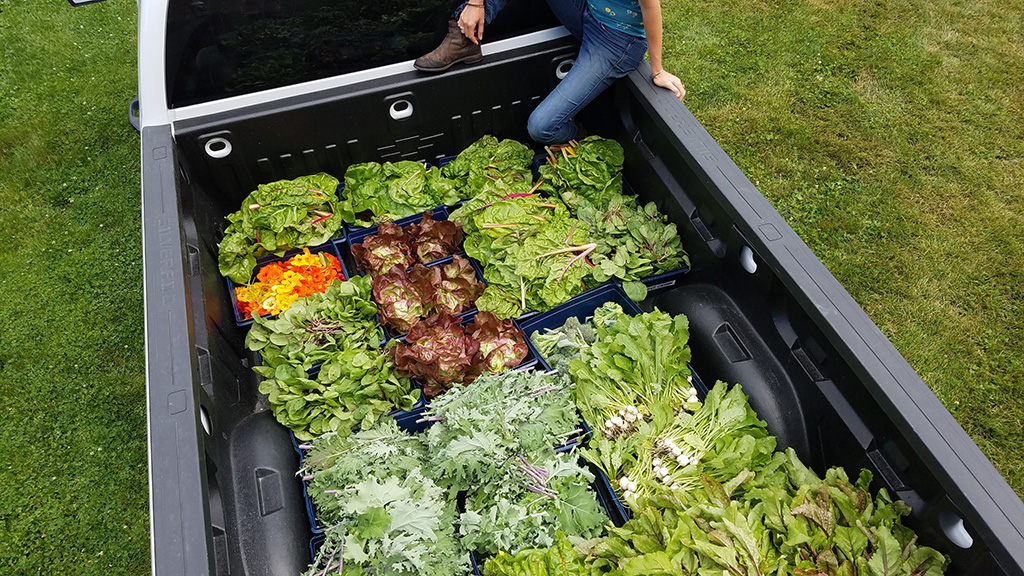 Now that the average time for our first frost is just a few weeks away many of the summer crops are winding down and the more cold-hardy varieties like cabbage, kale and kohlrabi will take center stage. Today may have been our last harvest of bush beans, but the multi-colored nasturtium blossoms and leaves are still going strong. 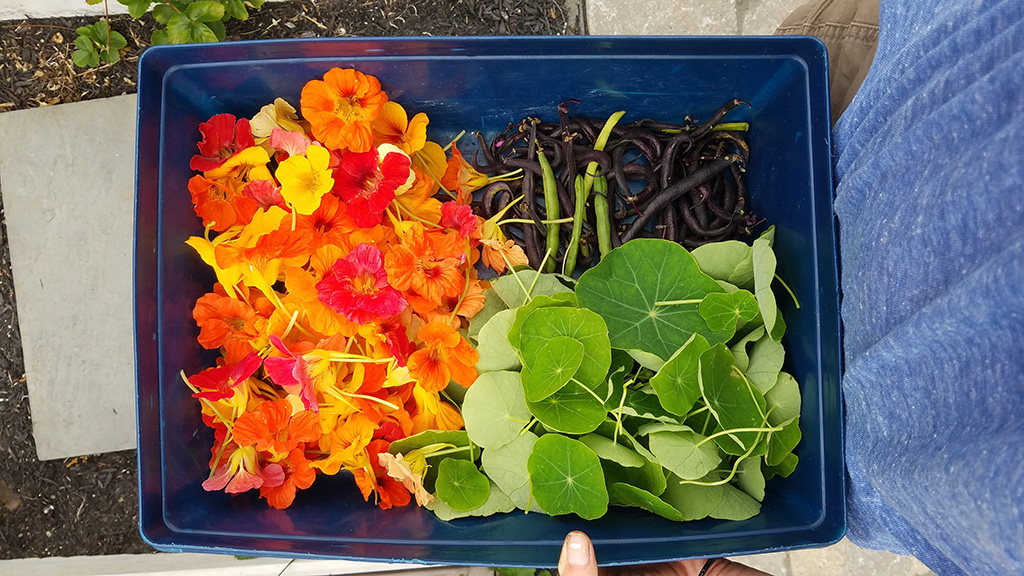 One look around the culinary garden at Castle Hill and it is apparent I have a love for edible and beneficial flowers. This year we grew nasturtiums, sweet alyssum, borage, thyme flowers, chamomile, violas, zinnias and marigolds. Butterflies, bees and other pollinators were present in gratifying numbers and many plates were made extra colorful by our edible blooms. 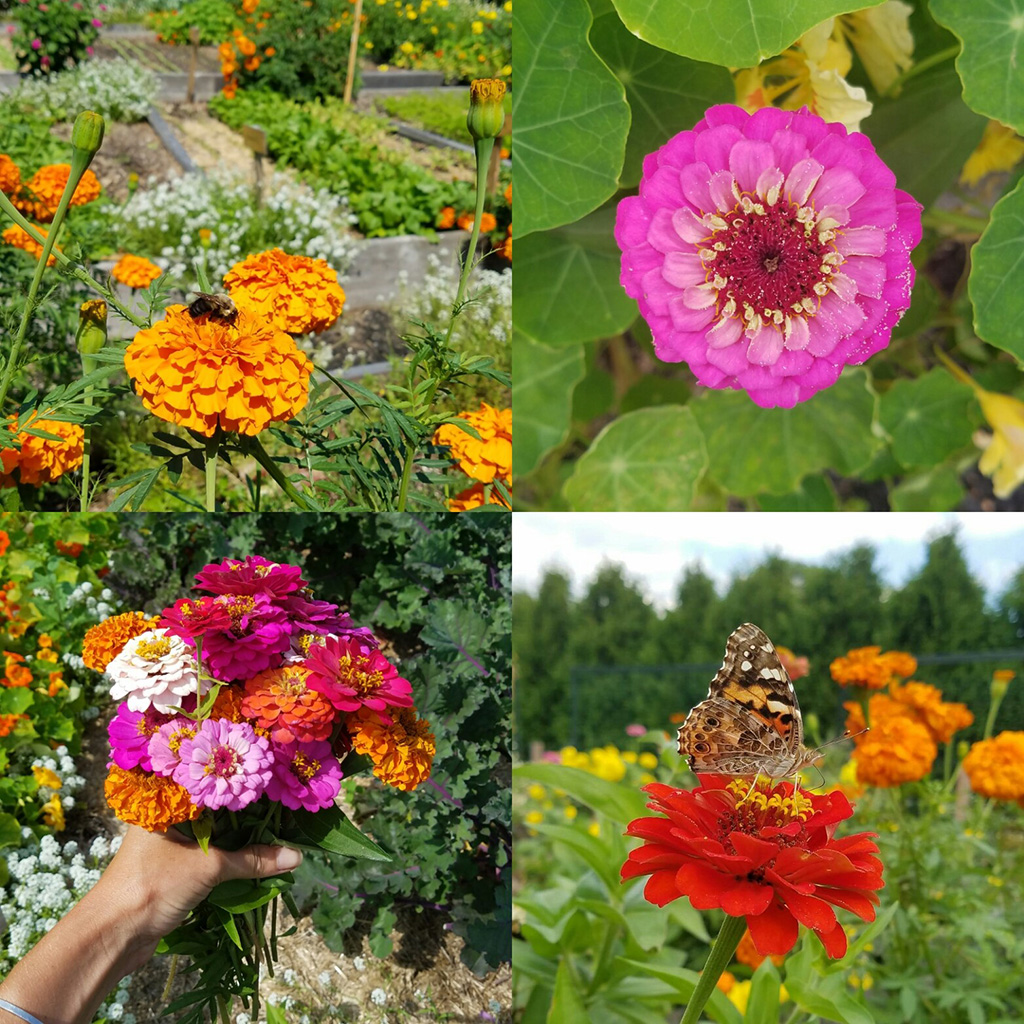 Next year we intend to continue the culinary garden program and I look forward to expanding on the knowledge gained this season. Working closely with our executive chef, Lou Rossi, and the rest of the culinary team has been a real pleasure and I think we have all learned a lot about this beautiful piece of land and what it can produce. Next time you visit Castle Hill, keep an eye on the ever-changing menu for fresh-from-the-garden ingredients!